The threadbare cloth of realism (interview) 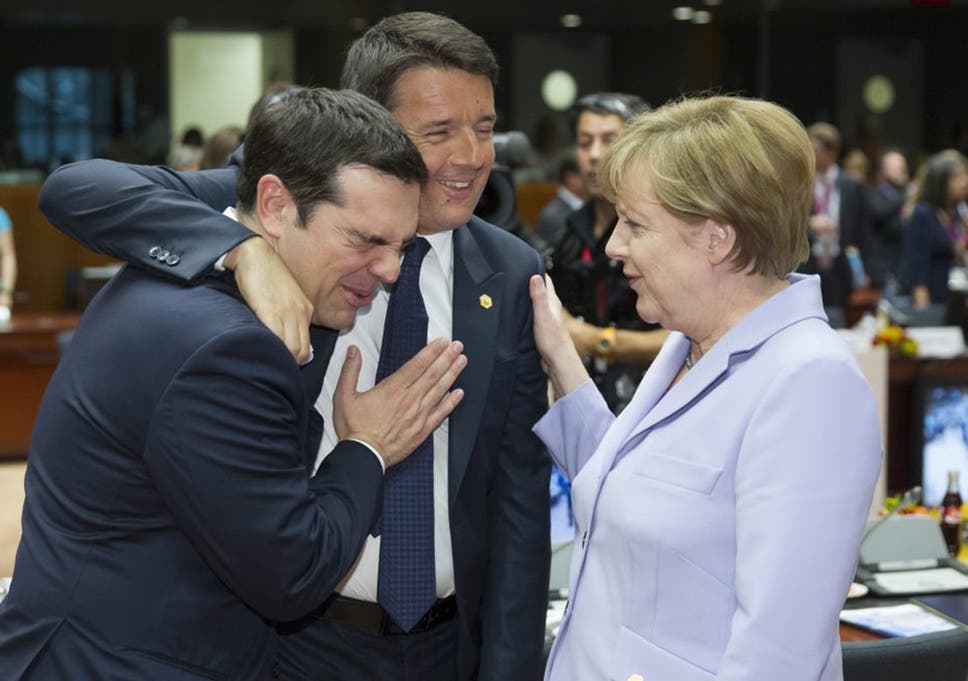 This is the transcript of an interview from the weekend edition of Efimerida ton Syntakton (The Editors’ Newspaper), on the relative fortunes of the far right and the radical left, and the fate of SYRIZA.

The far right, unlike the left, has managed to win millions of fans all over the world, mostly around reactionary ideas. How do you interpret this difference and how do you explain the shrinking of the left?

I think that four elements play to the comparative favour of the contemporary far right when it comes to its capacity for electoral mobilisation and influence over public discourse. First, it shares with the history of ‘conservative revolutionaries’ a particularly effective combination of systemic continuity and anti-systemic rhetoric. Widespread discontent with the status quo can be channelled into policies or slogans that do not demand any substantive transformations in relations of power or production. This leads to its second ‘comparative advantage’, namely that unlike the anti-systemic politics of the Left, and notwithstanding some opposition from fractions of capital uneasy with protectionist and ‘anti-globalist’ gestures, it will always find considerable support (and funding) among the moneyed classes. Third, it is able very effectively to organize resentment and identify enemies (along ethnic, racial, gendered and other lines) which it can paint as standing in the way of a restoration of affluence or order. Fourth, it has no compunction about deploying an incoherent variety of discourses aimed at separate and even incompatible constituencies – combining the acceleration of neoliberalism with claims to defend ‘national’ working-classes, devastating welfare while depicting itself as the champion of pensioners, etc. The left’s numerical and ideological force has certainly waned since the 1970s pretty much across the globe. Having said that we did see in the long wake of the 2008 crisis a marked resurgence of a radical reformist discourse, from Podemos to Bernie Sanders, the pre-referendum Syriza to Corbyn’s Labour, and so on. Both practically and ideologically, however, all these movements have struggled greatly with the resistances to serious (even if non-revolutionary) systemic change, with the relative absence of social power backing them (social movements being unable to replace historic reliance on trade-union clout), with the problems of targeting powerful and often inaccessible enemies (the ‘1%’), and with the dogged desire to produce a coherent discourse. I am fond of Walter Benjamin’s suggestion (following Pierre Naville) that the left’s task is to ‘organize pessimism’. Unfortunately, the widespread pessimism that pervades our societies is for now weaponised by a far right which plays on the common sense that things are not going to get better, and so ‘we’ need to secure ‘our’ share – not from the powerful, who we’ll never reach, but from the powerless, who threaten to diminish it.

We see that large parts of the population are dominated by the feelings of despair and nostalgia for a “golden” era that has gone unabated. Can the Left today offer hope and vision for the future?

I think ‘hope’ is rather spent as a watchword. What is lacking right now is not the idea that another world is possible, as much as the notion that social power can be organised in order to block, and then reverse, decades of political disenfranchisement and economic dispossession of the majority of the world’s population. I would say that what we need then is less a vision or a faith, and more a kind of ‘utopia of means’, a way of threading together those moments of mass action in which the powers that be have been put on the back foot. It also seems evident that radical climate justice movements – necessarily entangled as they are with contesting the politics of (neo-)colonialism, class exploitation, racism and patriarchy – completely upend left imaginaries of ‘hope’ predicated on ideologies of industrial progress and material abundance.

For a long time, there has been a debate about whether the “identity politics” followed by the left have made it neglect the “class issue”. What is your point of view?

I think that framing is ultimately not helpful. We should begin with a ruthless (self-)criticism of the degeneration of Left notions of class into identity politics in the first place – abandoning the culturalist fetishizing of geographically and historically minoritarian experiences of industrial labour as the only context for the recognition of class. Conversely, it is important to learn how to discern the classed and anti-capitalist dimensions of what is sometimes misconceived reductively as ‘identity politics’. After all, how could the political movements and militant theorising of those whose labour and lives have been confiscated, devalued and ‘primitively’ accumulated through gendered and racialized exploitation not concern class understood in its most crucial, which is to say its relational dimension? If start from class as a relation rather than class as an identity (an identity that would allow us to demarcate a good working class from bad lumpen, free from forced labourers, etc.) then we can begin to attend to the invisible ‘iceberg’ of exploitation (to borrow Maria Miess characterisation of the role of ‘women, nature and colonies’ in capitalist accumulation) which lends class exploitation its full weight. Ironically, if we begin with a more orthodox, even dogmatic definition of class (relation to the means of production, etc.) we would today perforce be led to recognise how the working class, globally conceived, but also in the so-called ‘North’, is anything but a white, male redoubt. (Incidentally, I remain baffled that some Marxist left supporters of Brexit in England seem happy to consider white English pensioners as members of the working class but are somehow devoid of class solidarity with hundreds of thousands of proletarianized Bulgarian, Romanian or Polish workers. If there ever was an identity politics, that’s it.)

In Greece, after four years of rule by SYRIZA, the New Democracy party returned to power, with a program combining neoliberalism in the economy with conservatism in the social field. What is your comment?

I think the failure of SYRIZA is, one the one hand, a painful indicator of the formidable material and institutional constraints placed in the path of any radical left reformist. But, on the other, it is also marked by a series of baffling and disturbing political choices, often cloaked in the threadbare cloth of ‘realism’ – from security pacts with Sisi’s dictatorship in Egypt and rapprochement with Israel’s right-wing settler-colonial regime, to internal repression of left-wing activists and an implementation of European diktats ultimately incompatible with a left horizon. The result has been the mutation of a radical project into one fundamentally indistinguishable in its basic coordinates from the accommodationist social liberalism that took over the European Left from the 1980s onwards. I think the rhetoric of governmental ‘responsibility’ that often accompanies the ‘realism’ of ‘tough’ reforms, papers over the left’s primary responsibility, which is to reproduce and empower social forces capable of enacting and embodying real systemic change. The left needs to be extremely careful about adopting, in the face of overwhelming capitalist power, the politics of the lesser evil. As Hannah Arendt once quipped: ‘those who choose the lesser evil forget very quickly that they chose evil’.